GAT will be administered by a Board of voluntary Trustees;

Chair of Gambling Awareness Trust, Tom Hayes – Former Fine Gael Minister of State for Agriculture.  Tom served as a TD for the Tipperary-South constituency from 2001 to 2016. He was a Senator for the Agricultural panel from 1997 to 2001. Tom also served as Chairman of the Fine Gael parliamentary party from September 2002 to March 2010. He was the Fine Gael party deputy spokesperson on Transport, with responsibility for Road Safety from October 2010 to March 2011.

Tom brings his experience of policy-making, media relations and political savvy to the board of Gambling Awareness Trust. 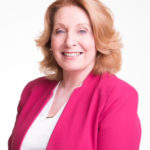 During that time, she was accountable for an annual  budget of €1.5 billion. She introduced a number of reforms in the area of mental health legislation, and led a number of initiatives to drive up standards of care. 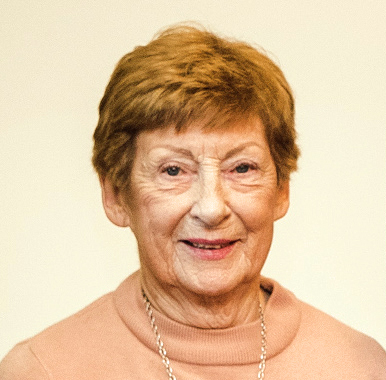 Gillian Hussey Retired District Court judge and solicitor. Gillian has been very involved in the Charity sector and is currently a patron of the Crime Victims Helpline.

Gillian’s experience in the legal and judiciary system in Ireland brings a strong level of integrity and experience to the board.

Willie Collins – Willie Collins is one of Ireland’s foremost and experienced addiction experts. He has established and directed several residential and outpatient treatment programmes dealing with addiction to alcohol, drugs and gambling. In July 2014 Willie was appointed by the Irish Government to the National Advisory Committee on Drugs, where he works on the research and development of government policy.

Willie has worked with organisations consistently over the years as an advocate for offering people in recovery an opportunity for rehabilitation. He is an accredited member of ACI (Addiction Counsellors of Ireland) and the former CEO and Clinical Director of Aiséirí Rehabilitation Centres. He is the former Regional Manager of the Cork and Kerry  Drug and Alcohol Services where he set up the regional task force on Drugs

John has many years’ experience in Policing both in the Operational and Management of the organisation. This experience includes working in cooperation with high level Management in Government Department and external Police Services in the development of policies and procedures in An Garda Siochana.

In his role in Human Recourse Management, he was at the forefront in the introduction and development of the Garda Employee Assistance in the Garda Organisation.

As a former Regional Operational Manager with the Central Statistics Office together with his Garda experience John is very familiar with the challenges involved in the delivery of Public Services He lends his expertise in Public and Industrial Relations to the board of Gambling Awareness Trust.

We signpost individuals or families into dedicated problem gambling support services across the country. We'll get you pointed to the help and resources you need.
💻 Visit http://gamblingcare.ie
☎️ Call 1 800 936 725
#gambling #support #addiction

Another great initiative from our partner @TogetherRazem who also support people within the Eastern European community in Ireland experiencing problems with their gambling activity, by offering support over the phone, online, and in-person. #GamblingTwitter

Watch out for our messages on
@VMSportIE during UEFA Europa League! Sports betting always spikes during the big matches, so we're here to support you if you're struggling with #ProblemGambling at these times.
Visit http://gamblingcare.ie
Call 1 800 936 725
#UEL #UELfinal

We use cookies to ensure that we give you the best experience on our website. If you continue to use this site we will assume that you are happy with it.OkRead more